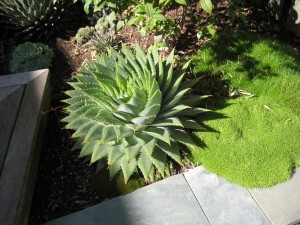 Since its settlement by the Spanish, The Portola has always been welcoming to immigrant communities. As a part of San Francisco, it was originally settled by Maltese and Jewish immigrants. In recent times Hispanic, Pacific Islanders and Asian communities have thrived here and well as working-class Caucasian and African American families.

With its eastern slope and southern exposure, The Portola has always been a good site for growing almost anything. In the 1920s, it became home to at least 19 nurseries. The nurseries were family-owned and grew the majority of flowers sold in San Francisco for many years. They flourished for decades, and many resorted to growing vegetables or raising chickens during World War II, and some were shuttered or relocated when landowners lost their property to the city for the creation of McLaren Park and the University Mound Reservoir system.